Hi, this is Anthony.

I’ve not written a blog post about the vision stuff yet because I’ve been too busy actually working on it. The competition is done now though, and so I have free time to talk about what I’ve learned.

Basically, there are two parts to the generic object detection problem: detection and classification.

Detection is the process of actually locating parts of some image that might be an object. These are referred to as regions of interest. The following image is my rectangle contour detector in action:

There are many ways that detection can be solved. At first I attempted using a Faster R-CNN; a kind of neural network that is trained to find areas of an image that might be an object. Google has a pretrained model called ‘inception’ that I planned on using. However, this was both overkill and too difficult to do in the time.

In the end, I settled with canny edge detection, a more robust method of detecting edges, combined with use of an image pyramid and a sliding window to make sure that all contours were seen. 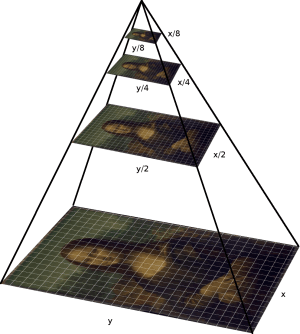 Larger contours are more difficult to detect than smaller contours, because they are less consistent. There may be small breaks in the contour etc. that the computer can not pick up. By shrinking the image, we can pick up larger contours more accurately.

A sliding window moves across an image and inspects a small part each time, as shown below, like inspecting something with a torch. This helps us to find more contours. 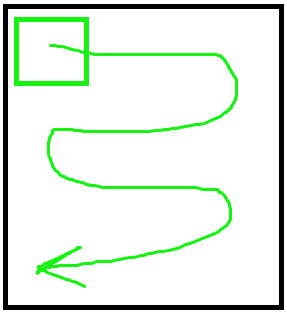 The following python function generates a “sliding window” (array of windows that can be iterated over):

When a contour is found inside the sliding window, two operations are performed on it: translation and dilation. 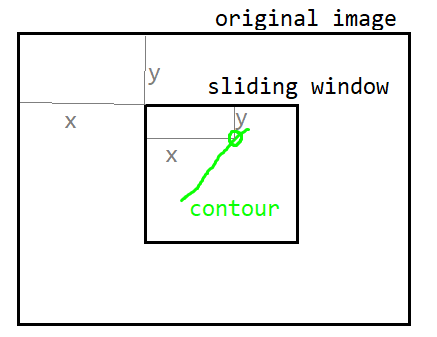 Let’s assume the scale factor is 2: so the level of the pyramid we are on is half (1/2) the length and half the height of the base. I will expand my explanation to fit some scale factor n afterwards.

This formula is implemented in the program. All the contours are now ready to be applied to the original image on the base of the pyramid. The following python code uses the pyramid function and sliding window function defined earlier to find contours, and translates and dilates them so they can be placed on the original image.