Our new toys have arrived in the mail!

We’ve purchased 4 AX-18A servos from Dynamixel. Apparently, these are the “next step up” from the popular AX-12A servos, which we were actually using for the S.A.R.T v1.

The website states they offer nearly twice the speed and 15% more torque. Our old servos served us well, and these are going to be even better. 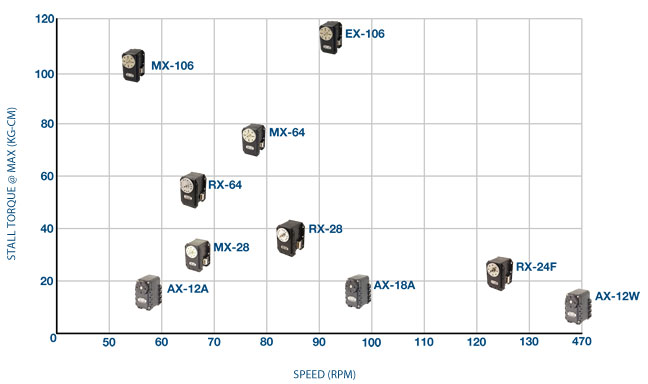 The servos came perfectly packaged in bubble wrap bags. I was actually surprised by this, I expected them to be just thrown in the box. Good job, Dynamixel! Included in the box is all the mounting hardware we’re ever going to need as well as an extra cable. We have a few from the old robot, but it’s nice to have spares.

As an afterthought, we probably should have purchased a couple spare servos. Our other purchase is the TeraRanger – the “smallest, lightest and fastest distance sensor”.

The sensor is faster and more accurate than sonar or infa-red, and is smaller and lighter than lasers.