We are Connor, Ben, Erin, and Kyle.

Now that that’s out of the way; we began working on some new modifications we could do to the project.

We are building a new control panel to replace the previous one which is not only rather broken, but could be much more organised including mounting and securing the internal components to the case. We also plan on trying to reduce the weight of the control panel.

We purchased the case, from a reseller of www.seahorsecases.com. For the panel (which has the keyboard and power button, etc) we purchased a sheet of Plexiglas. We chose Plexiglas over the previous control panel’s acrylic because Plexiglas is much more flexible and it is less likely to break. Ben and Connor cut the Plexiglas to shape (and did a remarkable job) with help from Mr. Abigail (Stevo) and fitted it into the new case.

We are re-purposing the backup NUC as the new Control Panel computer. It’s probably more powerful but most importantly it can run any operating system you like. *cough cough* BreezeLite. This means we are no longer tied to using proprietary Windows Server and we will move to Ubuntu 16.04 LTS.

Connor also took the liberty of creating a new default gateway for the control panel. The HTML for the old one was exceptionally badly written (or generated, I should say) with div elements all over the place. Rather than trying to fix it, we wrote a new one from scratch with all the functionality of the old one. 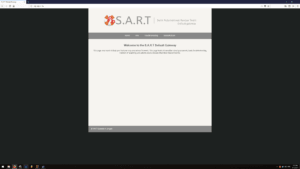 The new robot we are building will be closely based on the current v2 model, but the main being a new computer inside it.

We chose the UDOO x86 Ultra for this. This specific computer was released around the time that the team was in Japan, so it was not available for them to use then.

Some specs for y’all:

One of the other main reasons for choosing this specifically was that is has built-in Arduino functionality through the in-built Intel Curie microcontroller which is compatible with Arduino 101 and most Arduino shields. 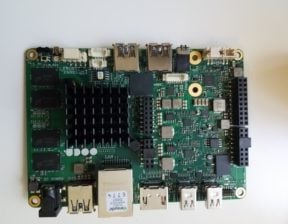 We are also upgrading the current servos to new and super speedy ones. More info when that actually happens. We are also going to re-implement controller support for the robot.